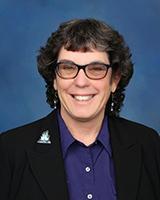 Mrs. Tina Gustin-Gurney was appointed to the Westminster School District Board of Trustees in October 2020.  She received her Bachelor of Arts from California State University, Fullerton.  Teaching has been a part of her family legacy for three generations.  Mrs. Gustin-Gurney recently retired as an elementary school teacher after serving 30 years in the Garden Grove Unified School District.  During those decades, she served in many educational roles such as UCI Summer Math trainer in Compton, Peer Assistance and Review Coach, Writing and New Teacher mentor, Thinking Maps trainer, Grade Level Chair, Faculty Advisory Committee member, and Garden Grove Education Association (GGEA) Site Representative.  As an advocate for education, Mrs. Gustin-Gurney served as the President of GGEA from 2012 to 2018, GGEA 2nd Vice President, GGEA Elementary Segment Director, six years as CTA State Council Delegate, ten years as an NEA Delegate to the Representative Assembly, two years as Orange Service Center Council Communications/Organizing Chair, member of Teachers for Local Control PAC, and as member of GGEA Human Rights Committee. Mrs. Gustin-Gurney and her husband, Bill, are residents of Westminster.  They enjoy hiking, attending the theater, and traveling the globe.
Email Address: jgustingurney@wsdk8.us 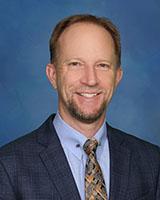 Mr. David Johnson was elected to the Westminster School District Board of Trustees in November 2020 to represent Area 1. He is a Vice Chancellor for Pepperdine University and owns a management consulting company. Mr. Johnson works with many universities, non-profits, and corporations to identify and implement comprehensive organizational improvements. Mr. Johnson holds a master's degree in international business. He is very active in the community and has served as the former President of the Pepperdine University Alumni Leadership Council, Westminster City Commissioner for Community Services & Recreation, a founding member of the Westminster Homeless Task Group, local Cub Scout and Boy Scout Leader, and other community service programs. Education plays a central part of life in his family. Mr. Johnson's wife is a public-school teacher, his daughter is a college student, and his son is a student in the Westminster School District. 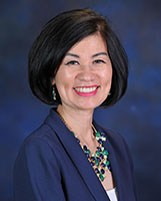 Mrs. Frances Nguyen was elected to the Westminster School District Board of Trustees in 2016 and was re-elected for a second term in 2020.  She has been a community activist for the past 35 years and is a proud business owner of the family-run Golden Trophy & Promotions, which is a past recipient of the Small Business of the Year Award in Westminster. Mrs. Nguyen was the first Vietnamese-American president of the Westminster Chamber of Commerce and was the first female president of the Union of Vietnamese Student Associations of Southern California. She has been a faculty member at Coast Colleges and has been on numerous committees and boards at Coastline Community College. Mrs. Nguyen holds a bachelor’s degree in computer information systems from Cal Poly Pomona and a MBA (specializing in international business) from Argosy University. She is a strong proponent of multilingualism and is fluent in English, Vietnamese and French. Mrs. Nguyen and her husband, Tony Hoai, have raised two well-rounded daughters, Caroline and Josephine. They have resided in Westminster for 12 years and enjoy teaching the younger generation about Vietnamese heritage and culture while instilling American values and way of life. 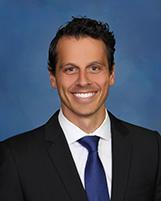 Mr. Jeremy Khalaf was elected to the Westminster School District Board of Trustees in November 2018.  He holds a Bachelor of Science from UC Berkeley and a Master of Science in Chemistry from UC Irvine. Mr. Khalaf has served the students of Garden Grove since 2011 as a credentialed science teacher at Santiago High School, where he teaches college preparatory and Advanced Placement courses.  He was instrumental in interpreting the Next Generation Science Standards for the district's chemistry teachers, and he collaborated to develop a cross-curricular guide to scholarly writing at Santiago High School based on the Common Core Standards. Mr. Khalaf and his wife, Carly, have two young children with whom they enjoy spending time outdoors. 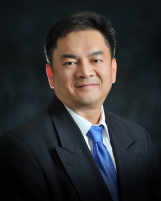 Mr. Khanh Nguyen was first elected to the Westminster School Board in 2014 and was re-elected for a second term in 2018.  He is a licensed professional engineer and recently retired as the Building Official for the city of Costa Mesa, where he oversaw all permitting and inspection of private development, such as South Coast Plaza.  Mr. Nguyen has received numerous awards at the state and national level as a code official.  He has a bachelor’s degree in civil engineering from San Diego State University and a master’s degree in structural engineering from Cal State Los Angeles.  Mr. Nguyen is also very active in the community.  He recently served as the Westminster Planning Commission Chairperson and he is currently the Chairperson for the Westminster Community Services and Recreation Commission, which is charged with overseeing all the city parks and afterschool programs for our children.  In addition, Mr. Nguyen is the Chairperson for the City Traffic Commission, which oversees the traffic flow and cross walks throughout the City and around our schools.  Mr. Nguyen is a resident of Westminster where he lives with his wife Helen and son Bill, who is currently attending Hayden Elementary.