State Superintendent of Public Instruction Tony Thurmond announced that WSD's Deborah Watkins from our Nutrition Services Department is one of only six people in the state to be named a 2019 California Classified School Employee of the Year. Click headline for more on this exciting announcement.
Read More » 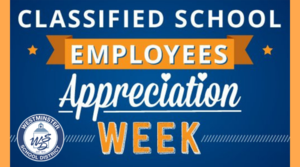 Thank you to all of our committed and hard-working classified employees. From transporting and feeding students to teaching them vital skills and ensuring that schools are operating smoothly, classified employees are integral to our schools.
Read More »

You’re invited to share your input at a Community Open House on May 29th from 3:30-5:30 pm. that will feature a display of prototype interpretive panels for the Mendez Freedom Trail & Tribute Monument that that will line Hoover Street. Please click headline for flyer.
Download File 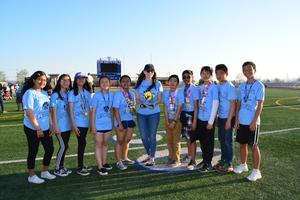 The Warner Middle School Archery Team had a stellar season! The team was only established three years ago and this year the team took 2nd place in the State Championships! The Archery Team is comprised of 22 boys and girls and is led by Warner teachers Elizabeth Sweet and Travis Garwick. Throughout the season the top 10 members compete as a team but in the National Championships that were held in both Chula Vista and Florida simultaneously, team members have to compete individually. We are delighted to announce that Ryan Huynh, a 7th grader at Warner placed 5th in the nation and Sarah Le, an 8th grader at Warner placed 13th in the nation. This is a tremendous accomplishment and the entire team has made the District and the City of Westminster proud! Way to go Warner Archery Team!
Read More » 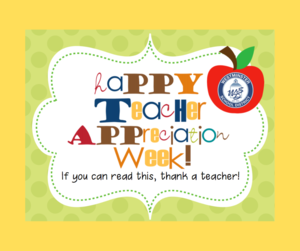 Teachers change the world one child at a time. In recognition of Teacher Appreciation Week, we'd like to say thank you to all our hard-working teachers. We appreciate your dedication to our students!
Read More » 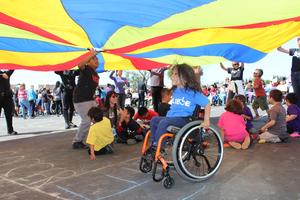 Students, staff and community partners participated in the annual Special Olympics at Anderson Elementary on Friday. This is an awe-inspiring event that provides the school an opportunity to celebrate the special abilities their students possess. A big thank you to everyone that took part and especially to the Special Olympics' community partners: Garden Grove Police Department, Elk’s Lodge of Huntington Beach, Honda Finance Corporation and Hug Life.
Read More »

The Board of Trustees approved Dr. Cyndi Paik as Superintendent at a board meeting Thursday night. After an extensive three-month search, which included input sessions with administrators and staff as well as an online survey open to parents, community members and staff, Dr. Paik was chosen out of a highly qualified and impressive list of candidates. Please click headline for press release.
Download File 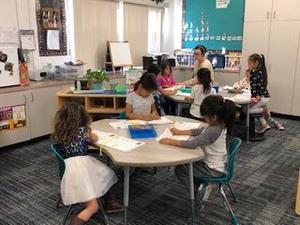 Click on the headline to learn about WSD's acclaimed Dual Language Early Learning Programs. Spanish Dual has recently expanded to include toddlers and will also include infants beginning in August!
Read More » 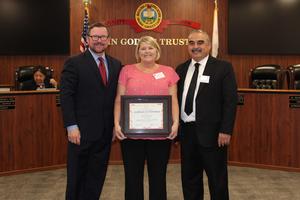 Congratulations to Deborah Watkins who was honored by the Orange County Department of Education as a 2019 OC Classified School Employee of the Year for Child Nutrition. Deborah is incredibly dedicated to supporting student learning through proper nutrition and healthy habits.
Read More » 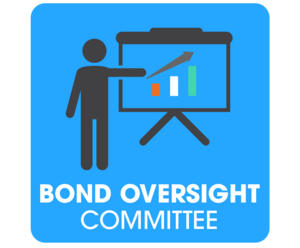 The Westminster School District Governing Board is looking to fill a position on our Measure T Bond Citizens' Oversight Committee (COC). The COC is responsible for overseeing the expenditure of funds, an annual performance audit and financial audit of the bond funds and bond projects. For more information, please click the headline.
Read More »