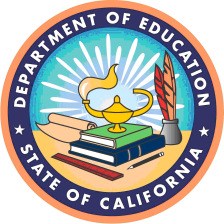 A recent lawsuit against the California Department of Education (CDE) is impacting all school districts across the state, including Westminster School District. We wanted to make you aware of this and provide you with an Objection Form and other important information regarding this case.

Our district was not involved in the lawsuit and is not the subject of any of the suit’s allegations.  Nonetheless, as part of this lawsuit, CDE has been ordered by the United States District Court to release all data it has collected on general and special education students since January 1, 2008.  While the court order reads in part, “No student’s identifying records will be disclosed to the public,” beyond those mentioned in the lawsuit, we wanted to make you aware of this.

Parents/Guardians may complete and mail in an Objection Form to prevent the release of student data: http://www.cde.ca.gov/re/di/ws/documents/form2016jan26.pdf.  This must be done by April 1, 2016.

For more information visit: http://www.cde.ca.gov/re/di/ws/morganhillcase.asp or contact the California Department of Education at 916-319-0800.